How to Build a "Bridge" in a Multi-ethnic Marriage 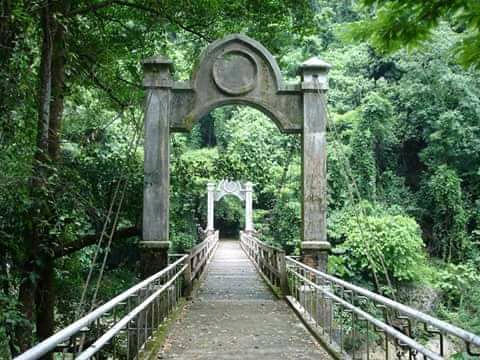 As the husband of a Filipina I find that being in a mixed marriage is probably one of the trickiest experiences one can have.

The "Culture Shock Philippines" book by Alfredo and Grace Roces talks about the predicament of a well meaning Westerner who is sincerely looking for ways to build a bridge with Filipinos and this sincere Westerner describes himself as someone who is "groping for a bridge" and yet he keeps finding himself "utterly sealed away".

The man is apparently not someone who deals with Filipinos with an antagonistic and superior attitude, rather he is earnestly looking for a tie, he is well meaning and sincere and yet he ends up asking himself "what do I do?"

I was that well-meaning Westerner who, for many years, was at a loss of where to turn to build a lasting connection not only with my wife but also with her family.

If you are married to a Filipina as I am, or to someone who comes from another culture that is, like the Filipino one, light years away from the Western model of the world (especially when it comes to the idea of what constitutes a family unit), you have most certainly been there and know what it feels like.

I found myself orbiting and orbiting for years without really building the connection I was looking for, until it dawned upon me that the reason why I wasn't succeeding was because I was going about it intellectually rather than emotionally. Also, I was expecting my wife and her extended family to reciprocate but I realized that Filipinos, in general, expect the world to suit their culture so the Western mate must be the one to go the extra mile and take the initiative to initiate the bridge building process and keep working at it even if there is no initial feedback.

In this blog I've often talked about the concept of appreciation as the real key to creating an emotional bond.

Yes, I was groping for a cultural bridge and I was desperately trying to build one by learning Tagalog, by learning about Filipino food and so on but, at core level, I had an inner resistance toward the Filipino culture and particularly toward the kin-group culture and on a subconscious level I was harboring hostility even though, on a surface level, I was trying hard to integrate the Filipino lifestyle into my life.

My relationship started taking off when I began working on my inner resistance and started to consistently ask myself the question: "what's great about my wife despite the kin-group culture and other aspects of her culture I am grappling with? and by putting down in writing the answers and nailing them in my mind.

So, it dawned upon me that I needed to create an emotional bond, not just a cultural one and that I had to acquire psychological and emotional mastery, not just become the "master" of my wife's culture and language.

So I started digging more into books and blogs about the psychology of healthy relationships in general and I temporarily gave my hunger for learning about my wife's culture a back seat, even though I still regard it as extremely critical to building rapport.

Speaking of the psychology of building an "emotional" bond, a powerful idea that I heard is that, in order to build an emotional connection, one has to decide once and for all who his partner is and what the relationship is about and never question these things regardless of the day-to-day upsets that inevitably arise (and the day-to-day micro upsets and resistances that arise due to the cultural differences are many on top of the ordinary upsets that are typical of an intimate relationship).

In other words one has to separate who the other person is and what the relationship is about from what this person says or does moment-to-moment. This is especially critical in a relationship with a Filipina because, as I keep repeating, many Filipinas are emotional and prone to lashing out and may say or do things that are padalus-dalos or impulsive that may have nothing to do with who they really are at their core.

If two people who are in a relationship are not willing to decide once and for all what the essence of the relationship is and keep questioning the other person and the entire relationship whenever an upset occurs no lasting bridge is possible.

This approach applies to all kinds of relationships, not just intimate ones and not even just to interracial ones.

In a relationship with a Filipina you obviously also need to create cultural rapport but I've found out that by only doing that I wasn't going very far.

Obviously creating this kind of emotional tie is extremely difficult in a Filipino-Western relationship where a Filipino woman married a Western man, perhaps a much older one, just to get an entry visa to a Western country and he married his younger Filipina just to have companionship. The foundation of such an intimate relationship is too shallow to build an emotional connection where the man and the woman involved get crystal clear about what they appreciate in one another, because they are in a co-dependent sort of relationship, one that is driven by neediness and that is all about getting something from the other, some sort of "transaction" if you will.

Building a bridge is already a huge challenge if the Western man and the Filipino woman were initially drawn to one another by the positive qualities that they found in each other so I guess that building one when the foundation is shallow can make things much harder if not impossible.

The man mentioned in the "Culture Shock" was really trying hard to build a bridge with the Filipino culture and yet he struggled.

I entered my relationship with my wife driven by appreciation for her qualities and so did she, but I struggled to build a bridge for a good long while and I had to go through a serious and rigorous period of self-improvement to finally manage to build a lasting bridge.

I eventually got my head around the idea that I had to create a bridge by developing the daily habit of putting down in writing what I appreciate about my relationship by bringing back to my memory what initially drew me to my wife on a consistent basis and also by putting down in writing things that I do appreciate about the Filipino culture or even things I could condition myself to appreciate even when it comes to aspects like bahala-na that from a Western standpoint are hard to appreciate.

So, the bottom line is that what created the "bridge" in my relationship is that I learned to keep my mind focused on what initially drew me to my wife as a person (despite the aspects of her culture that I still grapple with) and by keeping that appreciation alive every single day.

Building a bridge in a Filipino-Western relationship is hard work and may require years of "groping" but if you are willing to take up the challenge and go about it the right way your efforts will pay off immensely.
Labels: Married to a Filipina