How to Meet a Filipina for Marriage 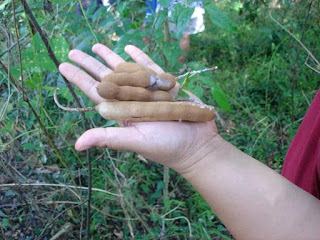 The answer to this question is largely contingent on whether you are looking for a Filipina who lives in the Philippines or one who is an expatriate and, more in general, if you are looking for a happy real love relationship grounded in high standards or a shallow and, ultimately, unhappy one.

I live in Italy and what I have noticed is that single Filipinas, who have been working here for a while, and are, as a result, rather financially self-sufficient, usually tend to look for a Filipino husband and many (at least the ones whom I know) would rather go on vacation in the Philippines to look for a husband than court an Italian here.

One reason is perhaps the fact that a Filipina who lives here is very well aware that the average Western man doesn't have that much to offer financially, unless they marry their rich employer (which is a highly unlikely scenario).

The average Italian office or manual worker is generally not in the position to support the entire extended family of a Filipina so a Filipina who came here to make money is well aware that marrying a local guy is not that much of a gain financialwise.

So one of the reasons why meeting a Filipina for marriage in a Western country isn't easy is that (at least based on what I have observed in the past 20 years) most of them are economically self-sufficient and when they are in that position they tend to go for a Filipino.

Another reason why meeting a Filipina for marriage in a Western country (at least in my country) is not easy is that, especially in large cities like Rome where tens of thousands of Pinoy live, Filipinos tend to associate with other Filipinos only and they rarely widen out.

Their usual form of entertainment is going to Filipino social gatherings where the only Westerners are people who are somehow related to the Filipino community (like someone who is part of a religious organization) and rarely do they blend with local people.

There are Filipinas though who do like Westerners more than they like Filipino guys for a number of reasons. Some Filipinas cannot stand heavy drinking and the macho-machunurin (macho masunurin or "submissive") attitude of many Filipino guys who seem to only be able to act out macho qualities when they drive a car or when they binge drink but in a family setting it is often the woman who takes the lead. So Filipinas seem to like Filipino guys as far as physical appearance is concerned but many cannot stand their way of living.

So, based on my experience, I would say that meeting a Filipina for marriage in a Western country isn't that easy unless, as I said, you bump into one of those who just cannot stand the attitude of many Filipino men.

The other option to meet a Filipina for marriage (that I personally don't like at all and I don't recommend at all) is going to the Philippines to marry a local Filipina who has never been abroad and who has no clues about what real life is like in the West.

Most Filipinos who have never been abroad automatically associate "white skin" with the idea of "Joe the Amerikano" and assume that white equals American and that American equals wealthy, even if a white guy comes from Bulgaria or Greece or some other relatively poor corner of Europe.

There are though several Filipinas who live in the Philippines who are highly educated and have a good job (and I have met some of them) and they neither care about moving abroad nor do they care about marrying a white man and they usually go for a Filipino.

So the risk of looking for a Filipina who is looking for "Joe the Amerikano" is that one finds himself in a co-dependent relationship where love is not exactly what characterizes the relationship itself.

So, what the message that I am trying to convey through this post boils down to is that meeting a Filipina for marriage is not the answer to one's inability to find a suitable wife in one's own country. A successful marriage is about giving and sharing not about getting. Ancient wisdom says that, psychology and relationship coaches say that too, so there is no way around it.

It would be all too easy to go to the Philippines and play the role of the rich "Joe the Amerikano" but that would hardly lead to a proper and happy relationship.

Marrying a Filipina who is not driven by the need to support herself and the whole extended family (like a self-sufficient expatriate or a Filipina who lives in the Philippines who is self-sufficient and is not looking for ways to move abroad at any cost) and who has high moral standards makes it much more likely to have a happy marriage with a Filipina.
Labels: Married to a Filipina