How to Succeed in an Interracial Marriage 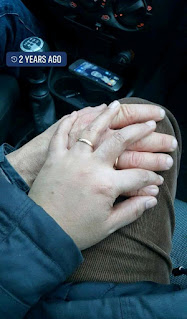 I am writing this article from the perspective of a Westerner who is married to a Filipina but I think that the core principles that I am outlining here apply to more or less all interracial marriages.

The mistake that many Westerners who marry women belonging to another race make is assuming that, because their partner is the "immigrant", she should adjust to the husband's culture.

I used to assume that with my Filipino wife.

It may appear that, because Filipinos are so well-travelled (my wife for example worked in several Asian countries and in the USA before she came to Italy), they should easily and readily be able to broaden their perspective and embrace other cultures.

What I've realized is that, although they have moved their BODIES to a different country, their HEARTS and MINDS STILL LIVE IN THE PHILIPPINES.

They spend their free time chatting with their friends and relatives in the Philippines through Skype or Facebook and associating with the Filipino community in the country where they work and rarely do they widen out and make friends with the people of the host country.

Before I married my wife I travelled abroad less than my wife did, but, like most Westerners, I travelled moved by a spirit of adventure and a burning desire to EXPLORE OTHER CULTURES.

So, I've come to the conclusion that, although my wife is the "immigrant" here in Italy, I, as her Western husband, am in a better position to open up to other cultures because I have a background that is made up of years of travelling for the purpose of expanding my mental and cultural horizons while many Filipinos only move their bodies to another country but, emotionally speaking, they never really leave the Philippines.

I went to great lengths to learn Tagalog, my wife's native language, and here are some of the huge advantages that making this move has given me:

CHOOSE TO BE IN LOVE RATHER THAN RIGHT

In all intimate relationships choosing to be at peace rather than right is something that can drastically reduce conflict.

A relationship with a Filipina, and I assume with other women who come from developing countries, is full of situations in which a Western partner may feel justified to consider himself quote-unquote "right".

My experience has taught me that if I want to fix all the infinite series of situations in which I am entitled to feel right I'd better choose another partner.

With a woman who comes from a country where people run their lives in ways that are "less efficient" than the Western ways the Western partner needs to view most of the situations that need to be "fixed" with a grain of salt and choose a more easygoing approach.

Being too rigid and too righteous hardly works with Filipinos and I guess the same applies to other races.

And, paradoxically, I've noticed that the less I put pressure on my wife to do the "right" thing, the more I am likely to get her to cooperate and meet me half-way.

Many relationship experts talk about this idea of "acceptance" and they say that one of the major keys to a thriving relationship is accepting your partner the way he or she is.

Acceptance doesn't mean that you sit back and don't try to do anything to improve dysfunctional situations that may arise in your relationship.

One who is in a relationship must obviously try to do what is humanly possible to take the relationship to a higher level, to make it grow, or better yet thrive.

However there are aspects of your partner's culture, habits, values and so on that might never change and this is certainly true in a multicultural intimate relationship.

Certain ethnic groups, such as Filipinos, are so set in their ways and their values that trying to get them to change their core values about what constitutes a family and the role of the extended family, for example, can create a lot of friction and frustration and can get their Western spouses to "bash the environment that they themselves have to inhabit" (as the "Culture Shock Philippines" book by Alfredo and Grace Roces, that I keep quoting in my blog, says).

Now this expression "bashing the environment that they themselves have chosen to inhabit" is very interesting because it points to the core dysfunction of many interracial intimate relationships (and of other kinds of relationships for that matter).

Bashing the environment that you have chosen to inhabit amounts to resisting reality.

The reality is that you knew that your future spouse was a foreigner, you knew that he or she had very different core values, but you decided to go ahead anyways and marry that person and now you are resisting that reality.

What causes much of our suffering is when we resist reality.

Similarly what causes many Westerners to get mad at their Filipino, or otherwise foreign, spouse is not the fact that he or she is culturally different, rather is their resistance to their partner's different reality.

Culture shock can eat away at your happiness and, ultimately, your relationship, if you, as the "Culture Shock Philippines" book says, EXPECT the other to accept and understand "the most basic things you act upon and you are comforted by", if you, in other words, expect your wife to relinquish the cultural traits she has been acting upon, up until now, and she is familiar and comfortable with, to suit the Western model of marriage you are comfortable with.

It comes down to being a giver vs a taker in the relationship.

ACCEPTING people and their culture THE WAY THEY ARE is vital.

But for a relationship with a person who belongs to another race to THRIVE you need much more than just STOP RESISTING her culture.

You need to LEARN TO CELEBRATE THE DIFFERENCES AS EXCITING AND INTERESTING, in other words to not just SHIFT FROM FRUSTRATION TO ACCEPTANCE BUT FROM FRUSTRATION TO CURIOSITY. If you stop RESISTING her culture your relationship may "FUNCTION" but if you want it to "THRIVE" you have to go way beyond mere (and perhaps reluctant) ACCEPTANCE.

It has been said that "WHEN YOU CHANGE THE WAY YOU LOOK AT THINGS, THE THINGS YOU LOOK AT CHANGE".

Your relationship with your foreign spouse will not CHANGE WHEN SHE CHANGES and parts with her culture, it will CHANGE WHEN YOU CHANGE THE WAY YOU LOOK AT IT.

Your relationship is not the way it is, it is the way you think, the way you PROCESS the reality you experience.

How did I shift from frustration to childlike curiosity? By deciding to TURN THE VERY THINGS THAT USED TO CAUSE FRUSTRATION INTO AN OPPORTUNITY TO STRETCH THE BOUNDARIES OF THE "LITTLE ME" WHO WANTED SOMEBODY ELSE TO FIT INTO "THE MOST BASIC THINGS I WAS COMFORTED BY" and I started asking myself new questions such as: "what's great about the kin-group culture?", "what can I learn from it?", "how can I turn the challenges of dealing with my foreign in-laws into a great opportunity to raise the level of my emotional intelligence, become a better communicator?", "how can I learn to view this situation as an incredible opportunity to get better at building rapport, learn to give my wife space, learn to yield?".

An intimate relationship with a Filipina is NOT THE WAY IT IS, IT IS THE WAY YOU ARE.

We see our reality, including our relationships through a filter and the filter is HOW WE DECIDE TO PROCESS OUR REALITY.

By asking myself new questions and by shifting from frustration to curiosity everything changed and it changed fast, no more "groping for a bridge".

DISPLAY THE RIGHT ATTITUDE TOWARD THE EXTENDED FAMILY

Many people who come from developing countries have a very strong relationship with the extended family which we don't have in the Western world.

I spent the past ten years living with my wife's extended family (which is one of the few here in Rome that is not so big).

In dealing with my Filipino in-laws I found myself in the situation described in the "Culture Shock Philippines" book: "what choices do I have....when the queasy feeling of uselessly groping for a bridge begins to make me tremble and I find myself utterly sealed away.... what do I do?".

I found out that the answer to the question is: YES I DO HAVE A CHOICE and the choice is to shift my thoughts about the kin-group culture.

Dr. Wayne Dyer, a famous psychologist, in his book "The Power of Intention" said something that I find very useful:

"What you feel is wrong or missing in these relationships is an indication that something is amiss within you, because broadly speaking, anything you see in anyone else is a reflection of some aspect of you—otherwise you wouldn’t be bothered by it, because you wouldn’t notice it in the first place...... If your inner speech centers on what’s annoying about them, that’s what you’ll notice. As much as you’re inclined to blame them for your annoyance, it’s yours, and it’s coming from your thoughts. If you make a decision to put your inner attention, your life energy, on something quite different, your relationship will change. In your thoughts, where your family relationships exist, you’ll no longer be annoyed, angry, hurt.....................Being authentic and peaceful with your relatives is only a thought away"- from Wayne Dyer's "The Power of Intention" chapter 9: "It is my Intention to: be Authentic and Peaceful with all of my Relatives"

Since "Being authentic and peaceful with your relatives is only a thought away" I  asked myself: "what taught can I dwell upon to improve my relationship with my Filipino wife's extended family?"

And the idea that I decided to adopt and operate from is: instead of just accepting the kin-group as an inevitable price to pay to have a Filipino wife, I made an effort to learn to appreciate the differences between the Western concept of family and the Filipino one as exciting and interesting.

I keep dwelling on the idea that here in Italy many elderly people often die alone and forgotten while the Filipino in-laws culture or extended family culture is such that this kind of scenario is highly unlikely.

So, by dwelling on this kind of thoughts, I made the mental shift that was necessary to embrace my wife's kin-group culture.

Being in an interracial marriage is very challenging but many Westerners make it more challenging by "bashing the environment they themselves have chosen to inhabit" when their foreign wife doesn't adjust to their ways.

I have decided to try a different approach:

Instead of assuming that because my wife is the immigrant in my country she is the one who should adjust I have made the first step to be the one to fully inject myself into her culture.

Yet, I have discovered that simply being intellectually curious about her culture is far from being enough so I have made an earnest effort to learn how to love and appreciate, or at least accept, the ways of her culture that are inimical to the ways I am comfortable with.

I think that, after 20 years, I have come to grips with what it takes to make an interracial marriage work and I am now enjoying the fruit of my labor.

An interracial marriage can be tricky but it can definitely function if the Western partner is willing to work really hard to let go of much of his mental barriers and stretch the boundaries of his cultural comfort zone.

Labels: Married to a Filipina