Is the Philippines a Western Country? 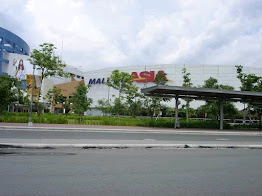 Many foreign visitors who set foot for the first time on the archipelago easily and quickly jump to the conclusion that the Philippines is a Western country because of its palpable Western veneer.


Yet this Western veneer can be rather misleading.


The reason why I am using the expression "misleading" with regard to the Western veneer of the Philippines is because, basically, when I first met my wife I had a vague idea that the Philippines was an ex Spanish and US colony and that Filipinos are usually fluent in English, and so I kind of fell into the trap of assuming that I wouldn't have to work really hard at building rapport with my wife's culture precisely because I thought that the Philippines was essentially a Western country or, at least, a country that was heavily influenced by its former Western colonizers.

Yet, before long (and I mean less than three months into the marriage) I started noticing that my wife was akin to us Westerners only on the surface and I started noticing a bunch of things that set the Filipino community very far apart from the West.

For example, as I have already mentioned in one of my posts, I noticed that both my wife and her friends and relatives would hardly associate with local people and that 99,9% of my social life was only taking place within the context of Filipino social gatherings.


My old friends hardly existed for my wife and I had to really insist to get her to spend an evening with my former friends.
This isn't just my wife's mentality but rather a very widespread trait of the Filipino community here in Rome: they basically form a very closed sort of "enclave" and they almost only socialize with other Filipinos. The gap between the Western veneer of the Philippines and the actual reality became more evident to me the first time I set foot in the Philippines.


When I got out of the N.A.I.A. airport I found myself almost immediately on the Roxas Boulevard (which is very close to the airport) and because it was 11 pm the boulevard was full of neon lights.

So my very first impression of Manila by night, with it's buildings entirely covered with neon lights, those massive fast-food restaurants, malls and skyscrapers (and the contrast between these things and the various Spanish-style Christian churches that I was noticing along the way) plus the huge karatula, most of which written in English, was that I had really landed in a Western country.

But when I arrived in San Ildefonso, Bulacan (my wife's town) an entirely different reality revealed itself.

For example I noticed that my wife's house compound was structured in such a way that the entire extended family lived in very close proximity and, as I walked along the M. Valte Road, I observed that, more or less, all compounds were structured in a similar way.

So I became aware that Filipinos have a concept of what constitutes a family that is miles away from the Western idea of family.

When I was in my mid-twenties my parents were eager to get rid of me and wanted me to find work and my own house as soon as possible, while in the Philippines parents expect their married sons and daughters to build their house in the family compound and never leave.

My brother lives 50 km away from me and we only see each other four or five times a year while my wife and her brother call each other every single day. Although my mother is invalid she prefers paying a katulong to getting a bigger house where my wife and I could live close to her and give her some assistance while my wife's mother lives with us.

So, yes, the Filipino concept of what constitutes a family is one of those areas in which the contrast between the Western veneer of the Philippines and its actual mentality is quite striking.

So, if you are contemplating the idea of marrying a Filipina, don't assume that you are going to marry a Western woman.

If you assume that you will pretty soon discover the truthfulness of what the "Culture Shock Philippines" book by Alfredo and Grace Roces says: "The Western visitor (or anyone who has long term relationships with Filipinos) may find he is speaking the same language but not communicating at all. With a sinking feeling he realises he is not in America or England or Canada, but in an entirely different world. Feeling betrayed, the Westerner retreats into his own shell".

To avoid finding yourself in the position described by the above mentioned book you need to operate from the premise that the various trappings of the Western world that abound in the Philippines only constitute a veneer and underneath this coating there is a culture that has a radically different concept of what constitutes a family.But the kin-group culture is just one of the many aspects that set the Filipino society very far apart from the Western model of the world.

The Filipino culture is a vast universe, underneath the "Western coating", that a Western husband of a Filipina needs to explore with huge amounts of radical openmindedness if he wants to avoid finding himself in the position of "speaking the same language while not being able to communicate at all".
Labels: Visiting the Philippines