Are Westerners more Sincere than Filipinos? 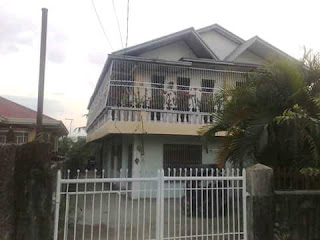 The "Culture Shock Philippines" book defines the Filipino culture as a culture that is "people oriented" while Western cultures tend to be more "goal oriented".

So the question "are Westerners more sincere than Filipinos?" must be viewed in the light of the "people oriented" over "goal oriented" frame that Filipinos operate from in almost every situation.

The "Culture Shock Philippines" book says something along the lines of 'a Westerner doesn't hold back from telling it "as it is" if a CAUSE or a higher goal is at stake. For example a Western boss will likely not think twice before scolding a secretary for arriving late at work and even if she cries he will keep scolding her because the cause of punctuality is more important than her feelings and if she gets hurt so be it'.

Filipinos prefer keeping SMOOTH INTERPERSONAL RELATIONSHIPS and, more often than not, would rather sacrifice a cause than hurt somebody.

How does this knowledge affect your intimate relationship with a Filipina?

Often you have to put a "smooth relationship" with both her and her family above other goals and values.

For example, it might happen that your Filipina spouse will try to please both you and her extended family, even if this entails saying one thing to you and it's opposite to her family, because SMOOTH INTERPERSONAL RELATIONSHIPS always take precedence, and I have seen it happening countless times.

So when your Filipina seems to be dealing with you in half-truths, as Filipinos often do, the question "are Westerners more sincere than Filipinos?" should be replaced with "how is she trying to move on the razor's edge of trying to be both loyal to me and to her family or to other fellow Filipinos?"

Another thing to remember when the question "are Westerners more sincere than Filipinos?" arises in your mind is that probably us Westerners tend to be more straightforward in one to one relationships but in my country, as well as in most Western countries, politicians, business people, advertisers, car dealers and many others deal not just in half-truths but rather in plain lies.

Here in Italy politicians promise new jobs (like a former prime minister who promised 1,000,000 new jobs in few years), new infrastructures, better social welfare and lower taxes (which is a very tall order to fill, as social welfare is supported by tax payers) and many other things but once they secure for themselves their 12,000 € a month wage or above, all those promises turn out to be propaganda at most.

When you buy a second hand car here in Italy, car dealers or former owners sometimes lie on the actual mileage and some pass off cars with many miles as slightly used and mechanics sometimes do more repairs than what the car actually needs and if you don't have some diskarte and have limited knowledge of how a car works, they will most likely cheat you (a mechanic tried to charge me 90€ to change two LPG filters that barely cost 10€ each).

So here in Italy, as well as in much of the Western world, people often deal in outright lies but often Westerners who interact with Filipinos get mad at their perceived lack of sincerity and so did I for many years.

Also the Tagalog language has a rather limited vocabulary to talk about such diverse concepts as "sincerity", "faithfulness" and "loyalty". In fact Filipinos only have one word, the word tapat, to talk about people who are merely "faithful" and those who are actually "loyal" (or people who show up as sincere without necessarily being truly loyal) and not just "faithful" and, therefore, the distinction between those diverse concepts is difficult to highlight in Tagalog.

So, sometimes, for the sake of being "faithful" (tapat) to everyone Filipinos may sacrifice being "loyal" (also tapat) to a higher cause. But that also happens in the West, it is just that we can be very good at saying things in somebody's face in the name of loyalty to a higher cause like punctuality and so on but we are also very good at forgetting all about other higher causes (and even one to one sincerity for that matter) when money and self-interest are at stake.

So, are Westerners more sincere than Filipinos?

I have come to the conclusion that us Westerners, and particularly us Italians, have little to teach to Filipinos when it comes to sincerity.
Labels: Filipino Mentality