Italian for Filipinos (and Foreigners in General) 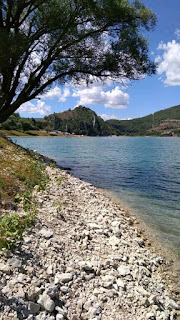 Here in Italy we have a population of over 300,000 Filipinos.

What makes communication difficult between Italian employers and their Filipino domestic helpers is the language barrier, as few Italians, including highly educated ones, are fluent in English and Filipinos (who, generally speaking are rather fluent in English) really struggle to learn Italian.

I have published a few posts, both in Tagalog and in English, about Tagalog (for the benefit of foreign expatriates in the Philippines, Western husbands of Filipinas or Filipinos who want to learn their own language in a more systematic way).

I also have a post about the Tagalog grammar written in Italian (which I haven't completed yet).

In this post I will attempt to introduce the Italian language to Filipinos (or other foreign expatriates) who live here or are planning to come here.

One of the things that make Italian rather hard is the fact that nouns, pronouns, articles, adjectives or even verbs can be masculine, feminine, singular or plural.

I can switch the whole thing to the feminine gender:

All of that can be switched to the plural gender:

It takes months to talk about the Italian grammar in a complete and systematic way. Here I will just be glossing over a couple of things.

Nouns can be both feminine and masculine or only feminine or masculine.

For example the Italian word for "machine" is feminine and it's "macchina. There is no masculine counterpart like macchinO, but you could use the affix ONE to turn the word into a masculine but, in this case it is as if I were using the adjective"big". In fact the masculine noun "macchinONE" means big machine or, more precisely, car.

The word "🌲 albero" is only masculine

Words like professor, teacher and others can be switched from masculine to feminine:

In English all you have to do to form the plural is to add an "s" to the noun.

This is it for now.

If someone is interested I might consider publishing more articles about Italian for immigrants in future posts.