As you may have gathered, if you have been following my blog for a while, I can speak Tagalog, and I have even created a series of blog posts that touch on the subject of Tagalog grammar.

Because I am interested in making my marriage with my Filipina not only work but actually thrive, I have been taking the study of the Filipino language and culture very seriously since I entered this relationship back in 2000.

Now I am at a point where my wife and I can quickly and easily switch from Italian and English to Tagalog.

Yet, being able to communicate verbally is just a tiny part of the equation of effective communication.

Many experts talk about the idea that around 93% of human communication occurs through non-verbal cues and only the remaining 7% is accomplished through words.

When I look at this issue through this lens I realize that my efforts to master the Filipino culture and language count for very little if I don't work on improving my non-verbal communication.

So in this post I am going to talk about both cross-cultural body language and some more specific Filipino gestures that a Westerner who has regular interactions with Filipinos needs to be aware of.

Certain gestures and facial expressions are pretty much cross-cultural, and here are some non-verbal cues that can create instant rapport beyond language.

The book "Culture Shock Philippines" by Alfredo and Grace Roces says that when the alien environment fails to meet their expectations certain foreigners become frustrated and antagonistic.

Because many aspects of the Filipino culture are at odds with the Western ways, it is easy, even for a well-meaning Westerner who is trying to understand the Filipino mentality, to become judgmental about it.

And a judgmental attitude inevitably shows in one's facial expression.

Wherever they live and whatever language they speak, people feel ill at ease with those who put on a judgmental look.

If you want to create rapport with your Filipina, and with her extended family, you need to work on getting rid of the judgmental look and smile, as both your partner and her family will subconsciously judge how much you care by your facial expression, and smile is the most obvious and immediate way to come across as caring and genuinely, not just intellectually, interested in your Filipina's way of being.

Another cross-cultural way to create instant rapport is mimicking your partner's body position.

I know this creates instant rapport because I have been trying it for the past five years and it just works.

When I stumbled upon this idea of mimicking I was skeptikal that it would work with Filipinos because Filipino people are very keen to detecting when someone is being "plastik" (a Tagalog term basically meaning "insincere"), and I was afraid that, by trying to mimick her body posture both my wife and her family would spot that I was trying to use a "tecnique" to sort of fake personal interest.

So mimicking is a powerful way to create intimacy and it does definitely work even with Filipinos.

Another very important cross-cultural way to create rapport is touch.

Each person is different and likes to be touched in a particular way.

What I have noticed is that what works with Filipinas is massaging them and rubbing them with those typical ointments they have in the Philippines, like Omega Pain Killer, Vicks Vaporub or Efficascent Oil. 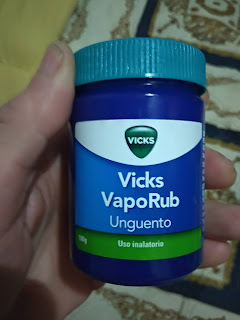 The reason why touch, and things that are related to it like massaging, creates a deeper connection than words do, even words spoken in your Filipina's native language, is because, well, touching is the very first form of communication we learned when we were kids.

We tend to filter and weigh very carefully the words that someone speaks to us, and for a foreigner who is trying to learn his Filipina's native language it is easy to use the wrong word that might be misinterpreted.

Touch knows no filters and it is not subject to being weighed and questioned. If we go about doing it the right way, the way that suits a Filipina (and rubbing her with Omega is a great way to do that), it will definitely create instant bond.

Just a footnote here: when I talk about touch I mean touching and rubbing your Filipina in a private setting, as public displays of affection tend to be rather frowned upon by Filipinos, even if you live in a country (like mine) where P.D.A. are perfectly fine and socially acceptable.

Although body language is a cross-cultural way to communicate, Filipinos have their unique gestures and facial expressions.

I have touched on this subject in my other blog

"Here are some interesting things that I have learned about Filipino gestures:

When my wife doesn't get what I say, she kind of opens her mouth wide and whispers some kind of "ha" sound.

To nod in agreement she kind of jerks her head upward.

As I have mentioned, understanding Filipino gestures can be an interesting intellectual exercise (especially if you are also trying to learn your Filipina's native language), but there are certain ways of using one's body that a Westerner must absolutely understand to avoid triggering a Filipino's latent anger, as Filipinos are extremely emotional people.

Understanding how certain gestures could become a source of conflict is necessary if you move to the Philippines or live with your wife's extended family for extended periods of time.

What you must carefully avoid, for example, is either stare at someone (even if you do it unintentionally) or stand with your hands on your hips, as those gestures are interpreted as a provocation.

I have found myself in a couple of situations in which I was unintentionally staring at someone and it took me a while to explain and justify that I was neither challenging nor provoking anyone and I almost experienced suntukan.

Because, as I've said, Filipinos are highly emotional, it is much better to avoid certain gestures in the first place, than having to explain later when the atmosphere is already intense and elicit awayan, suntukan or even patayan".

So, yes, in pretty much every intimate relationship, body language accounts for over 90% of effective communication and Filipinos are probably even more inclined to communicating through gestures than other races.

So, if you are married to a Filipina, and are contemplating the idea of learning Tagalog, go ahead and definitely do it but remember that creating love beyond merely spoken language is way more effective than words.